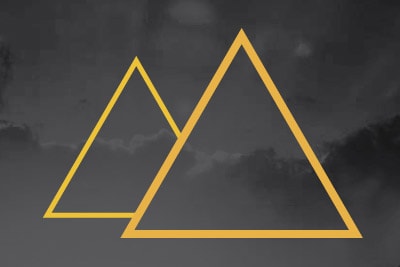 Ancient Egyptian themed slot machines like Crown of Egypt and Cleopatra are some of the most popular online and on mobile. Casino slots set in Egypt are made famous by iconic style games with pyramids, pharaohs, gods of Egypt, scarabs and more, this genre of slots provides lots of action and the hope to win some hidden golden treasures.

From daring explorers to graceful queens and powerful Pharaohs, Ancient Egypt has a way of sparking our imagination. Is it any wonder it’s one of the most popular online slot themes?

Ancient Egyptian slots are so plentiful that we could probably write whole subcategories breaking down the different eras, people, and even artefacts.

But what would we expect from an empire that started somewhere around 3,100 BC and only ended with the Roman empire invasion in 30BC?

That’s thousands of years of history, of culture and treasure waiting to be uncovered. And that, more than anything, is why you get so many Ancient Egypt slots online.

There’s a little 8 year old child inside all of us who dreams of digging for treasure in the ancient tombs sitting by the nile, filled with danger, mummies, and (even) a little magic.

Here we take a look at the main sub themes and mobile gambling games that have managed to last the test of time, and which Egyptian civilisation theme works best for slots providers.

We are going to go out on a limb and say that one of the most famous of the Egyptian video slots of all time is the Book of Ra game, whether the deluxe version, or 6 reels, or any other combination.

And whilst we are not old enough to remember if this started the trend, we’d still put good money that it’s one of the reason why there are so many Egypt based mobile phone slots.

It also started a trend of copy cat casino games that tried to replicate the success of this Novomatic slot machine – the most successful of which has to be the Book of Dead slot by Play’n GO gaming.

The point is, there’s good reasons why the theme work. You put yourself in the role of the intrepid adventurer and go digging for treasure.

One spin of the reels will literally open up a world of golden treasure that will bring you glory and gold. So much gold.

That said, whilst the more famous slots with Egyptian themes tend to concentrate on sacking the famous temple and tombs of this ancient Nile kingdom, if the gods are present, you could be anywhere in it’s history.

This is where the magic and mysticim come into play. After all, none of us want to be given a history lesson on Egyptology, slowly digging though dirt to discover a lost dusty canopic jar.

Nope. We want mummies, we want magic, we want intrepid traps, we want powerful gods with a rich history of murder, and family drama.

Which is why they tend to feature so prominently in these Ancient Egypt mobile games.

You might now know which one is the jackal headed god, or the hawk headed god, but you can pray with all your might that these ancient beings will gaze upon the reels and look favourably on your wins.

Or, you know, curse you so you die young. That hint of danger is just as exciting as any good gambling spin.

Not that we believe in these things, but hey, it doesn’t hurt to be respectful.

Slot games with Pharaohs as part of the title are actually less common than you might think.

Mostly because no one wants to know about Hatshepsut or Thutmose III – whose heard of those guys?

We’re not here for a history lesson, this is casino gambling after all. We are here for a fruit machine that will spark our imagination.

And that means three main characters: Cleopatra, Tutankhamun and Rameses. Rameses is probably the best Pharaoh of the lot; he ruled the longest during the height of the empire in the Middle Kingdom, so brings with him images of power and riches.

King Tut is famous for having that beautifully preserved tomb and all those curses. Got to love a good Egyptian curse – so he is in, with his mummified remains usually making a creepy appearance.

Cleopatra is a fox in popular culture

Cleopatra was the last great Pharaoh of the Ancient Egyptian empire, and she was clever and ruthless and amazing. We are sure this is all true history.

But mostly, thanks to a little man called Shakespeare, a woman called Elizabeth Taylor and countless video games and films, she’s a crazy hot sex symbol.

She’s the woman who brought down two great Roman leaders to their knees. And as popular branded slot games like Playboy Gold show; sex sells in gambling.

The good news is that because this lady is pretty fierce, she can appeal to both sexes: meaning more gamblers willing to take a spin on a slot machine.

Even if in slots like Cleopatra’s Riches she’s got more bosoms than body.

If you’re a newbie to Vegas or Macau, you’ve probably never heard of IGT because their slots have a limited release around the world.

You won’t find them in online Canadian casinos for example – or most of Australasia.

However, European and UK slots players should be fairly familiar with this brand, because not only is it in most of the British casinos online, but also offline – and their Cleopatra slot is their most famous of all.

It can be found in Vegas, and over the years has evolved, the latest even offering a progressive MegaJackpot that can climb to over a million.

If you don’t know where to start with all the Cleopatra casino games, if you can find it in your country, this IGT classic is where you need to go.

Slots the Egyptian Empire would be proud(?) to see

Next to Cleopatra and the Gods, the third most popular Egyptian slot theme is basically… Ancient Egypt.

These are the themes which may lack imagination, but that’s not to say that they aren’t well crafted or done well. Sometime it means that, but not always.

Basically you know the ones. You have a vista of the Pyramids of Giza, the Sphinx, or Temples and Obelisks in the background, with maybe a gleaming Nile river smoothly shinning in the desert sun.

The symbols on the reels will be that of Papyrus, maybe a crook of Osiris to represent the Pharaohs of old, and plenty of blue scarabs, an Ankh, possibly cats, and a couple of amulet thrown in for good luck.

More than any other image, this historical Egyptian characters are probably one of the first things that come to mind when you think of this ancient North African empire.

There’s something about these ancient symbols that fit the reels beautifully. After all, the first symbols on a fruit machine where fruits, but they could have been any type of symbol.

What’s a hieroglyph if not a symbol representing a word? And what if that symbol just represents a win?

It’s a simple way of replacing the traditional low paying card symbols or the standard Ace to 10.

Are Egyptian slots more volatile than other casino games themes?

This is a common myth around slots with Egyptian themes and for good reasons.

Mostly that’s thanks to the Book of Ra game we mentioned earlier, and whilst it’s not totally accurate, there is a grain of truth to this tale.

That’s because the casino software game studios are just as prone to gambling stereo-types as the rest of us.

So when they create some very volatile mathematics, they think of this golden land of powerful leaders and gods.

As such you end up with slots like NetEnt’s Pyramid’s Quest for Immortality Touch or the Legacy of Egypt slot by Play’n GO or Isis by Microgaming.

But for every high variance Egyptian slot game, we can think of an equal number of lower variance classics that would suit newcomers to the genre.

Basically, there’s a reason why we created this page: it’s so you can read the slot reviews and choose the Egyptian game that suits your playing style.

What is the best Egyptian style slot game to start with?

So, chances are, you’ve skipped the paragraph above where we mention that a theme doesn’t necessarily reflect the game play.

Any theme could be good for any number of reasons, and there’s little similarity in the game play necessarily.

That said, themes are important. Even the best gameplay can quickly become boring if the images on screen don’t help bring in a good atmosphere.

The above three are not the best, but if you love modern video slots with that Egyptian charm, they are the ones that we recommend to try first.

We have plenty of 4 and 5 star slot reviews in our list that deserve your attention, especially if you are looking to escape to one of the most brilliant empires in middle eastern history.