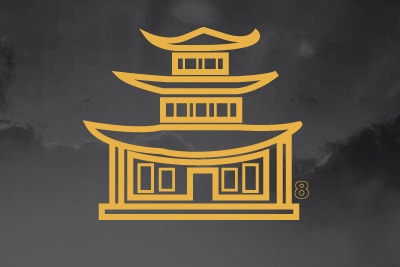 Spice up your game play with our list of oriental themed slot machines, with cultural inspiration from Japan and China these often lucky games feature heavily at our favourite slots sites online.

Read our favourite Oriental slot review & find out where to play

With a rich cultural history to draw upon, Orient and Asian slots captures the imagination; from imperial china, to beautiful Geisha, to modern day cityscapes, there’s plenty of treasure to uncover.

When we talk about Oriental slot machines or slots with an Asian flavour, it’s really mostly focusing on the countries in Far East Asia.

So China, Japan… Ok, if we are honest, it’s mostly China and Japan.

But that’s not to say that if you live in Vietnam, visited the Pearl of the Orient, or gone trekking through Cambodia, you won’t recognise some of the themes in these beautiful looking Asian slots.

Because isn’t that the point of a good slot theme? To take you away from the day to day drab of your living room and take you away to somewhere beautiful and exotic?

There’s a reason Oriental phone slots have proven to be one of the most popular casino themes around.

There’s plenty of different aspect of this culture that fires the imagination; from it’s rich history, to it’s modern influences on the world, and popular joyful festivals to bring a smile to your face.

Choose between Japanese or Chinese slots

Why China? Why Japan? To be honest, most gaming studios play it safe. There’s a reason why there’s a whole load of slots for St Patricks Day – it’s a worldwide recognised festival.

And so of all the cultures in the Orient, China and Japan rule because China and Japan are the ones that every one knows.
It helps that Macau is a bigger gambling mecca than Vegas, Atlantic City, Tokyo or London, with Chinese citizens and tourists crossing the bay from Hong Kong in the millions.

There’s a saying in China “If you don’t gamble, you don’t know how lucky you are”; and that fits nicely with our slot game themes: if you don’t play, you won’t know how much you love the far east.

With lots of lucky symbols, lucky numbers, and stories of good fortune, why wouldn’t you love a good Chinese slot based around ancient Emperors, the number 8, and mystical folklore full of dragons and gods of prosperity?

Then there’s Chinese New Year slot games, which we’ll get to in a moment. But needless to say, there’s plenty of wonder and good fortune to be found in these beautiful slot machines.

Where once Sushi and Dim Sum could only be found in the mini chinatowns of capital cities, now you get takeaway directly to your door from most good size towns; as the world gets smaller, so we become more fascinated with the great cultures from the east.

Japan brings the modern edge; from Manga to anime and Kawaii slots

The land of the Red Dragon may have more Oriental video slots to it’s name, but the Land of the Rising sun has far more modern fares.

Japanese slot themes are based less around the idea of luck, good fortune, and it’s ancient past, and more about ideas that spark the imagination.

Fearless Sumos go head to head in a battle to get your attention from the Samurai and Ninja slot games that bring Imperial Japan to life.

But it’s modern culture where you see the biggest influence with Japanese casino themed slots.

From games like Moon Princess which are are riff on the Sailor Moon anime series, to Koi Princess that takes the manga styles and creates it’s own folklore, or even the Tokidoki slot by IGT that goes full Kawaii.

Online Japanese slots makes us wish we could be strolling down the streets of Kyoto, with the cherry blossoms in full bloom, as you head to the nearest Hello Kitty store for souvenirs for all the family.

Modern Japanese culture is a crazy mix of ancient tradition and a colourful alternative lifestyle that you’ll only find in one place.

It makes for some very creative and very unique Japan based slots that can be about schoolgirls, J-Pop, K-Pop, Geishas and Honour… or all at once.

There’s lots of Journey to the West slots

We can’t mention Oriental or Far East slots without talking about the most famous folklore of all: Monkey or the Journey to the West book.

This has strong roots in Chinese folk religion, Chinese mythology, and Taoist and Buddhist philosophy.

So of course it’s a good source for a mobile slot machine… right?

OK fine, it might not seem like an obvious choice until you realise that this book has a monkey king that fights with a magical staff and flies around in cloud.

Add some monks, a friar and a pig man and you’ve got the perfect recipe for a little imaginative play.

And whilst many literature graduates will probably frown at us for comparing such a huge literally genius as such, it’s essentially the most famous fairytale or mythology in China.

In Europe we have tales of little girls wearing red hoods and having poor memories of their grandmother, and so we create Fairytale games or ancient greek gods slots to bring back our biggest well known tales.

So Journey to West has the same, if not more, of an influence in Chinese Literatures. And whilst making slots about Mao Zedong or Confucius would be of poor taste, we’re sure the Monkey King would nod his head at us for making a few choice casino bets in his name.

Our favourite Monkey Journey slots are:

More than any other subject, the most popular Chinese slot theme has to be Chinese New Year, otherwise known as the Spring Festival.

With more than 4,000 years of history, the holiday begins on the second new moon after the winter solstice and ends 15 days later.

Every year you can be guaranteed that the game studio providers will be releasing one or two games based around this famous festival.

Much like Easter slots or Christmas slots, you get a couple every year added to the list, making the list of Chinese New Year gambling games abundant.

Which is, at heart, what this festival is all about: originally meant to pray to the gods for fortune and a good harvest, now it’s about wishing those around you wealth, luck, health and family.

From the bright lanterns, to the red envelopes full of cash, to colourful fireworks, this is a once a year celebration that is celebrated all over the world.

Mostly, of course, what everyone knows is that this is all about the Chinese Zodiac: the year of the Rat, Ox, Tiger, Rabbit, Dragon, Snake, Horse, Goat, Monkey, Rooster, Dog, or Pig.

Every year has it’s own characteristics and is lucky or unlucky depending of your zodiac.

That idea of luck, the festivities, those beautiful dragons slots, creates powerful imagery that fits those 5 or 3 reels beautifully.

Our favourite Spring festival slots has got to be:

Why is the number 8 so lucky?

In the west, you’ll see the number 7 as a classic symbol in slot machine, especially in fruities and 3 reel slot machines.

Not so much with Oriental games, where you’ll notice a lot of the slots with the number 8 all over the place.

8 is the luckiest number in Chinese culture because it sounds like 發 (fa), which means wealth, fortune, and prosper.

Which make multiples of 8 even better, and not just because it’s more is better. 88 bears a resemblance to 囍 (shuāng xǐ), which stands for ‘double happiness’.

Who, when gambling at casinos, isn’t looking for wealth, prosperity and happiness? Now you understand why the lucky number 8 has a pride of place in these Asian casino games, and just generally in all Chinese households.

We’ve mentioned some of the most popular themes with Asian mobile phone slots.

But there are some other recuring themes that pop up from time to time that are hard to ignore.

The first is food. If you know nothing about The Republic of China, the Far East or Asia, you’ll have eaten something from a country that way, at some point.

It could be something as a simple as a classic Chow Mein or a Pad Thai, to the more adventurous sashimi and Dim Sum.

Whatever your taste, food is one of the greatest pleasures in life and gambling is all about bringing you pleasures to the screen.

So of course you’ll find plenty of sushi slots and Dim Sum novelties over 5 reels.

The second is the two most beloved animals in Chinese culture.

Dragons is a symbol of power, strength, and good luck for people who are worthy. And if you are worthy, these Dragon video slots will pay out big.

And whilst you will find lots of golden koi in these far east games, nothing is more iconic of China that the Giant Panda, with all it’s cuddly awesomeness.

The last symbol which we couldn’t ignore is that iconic round coin with a square in the middle. It is one of the “Eight Treasures” and reflects the Chinese view of the earth as square and the heavens as a circle. Needless to say, it represents wealth and prosperity.

Our favourite generic Asian slots are: