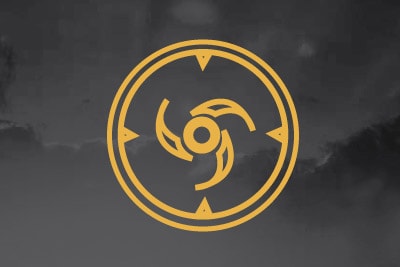 Viking themed slot machines offer the chance for use to head back in time, go on fearsome journeys and battle our way across the reels in search of riches and glory!

Read our favourite Viking slot review & find out where to play

Daring you to leap into battle, these brave men and woman have been branded pirates, explorers, magicians and noble savages – and to us they are a little bit of everything.

Norse and Vikings slots are plentiful. The cynic amongst you will point out that many of the game software studios are based out of Scandinavia, so it makes sense they would pay respect to their ancestral roots.

But we’d argue that Norsemen have inspired a thousand tales since the last Viking laid breath, mostly because they were gods amongst men.

They travelled to the far corners of the world in longships that most of us would probably never dare set foot on inland. They traded, they fought, they stood taller than most men, and went berserk when it suited them.

Most of the stories we know of them are from second hand accounts by nations that traded or were conquered by them, making them at once seafaring pirates and noble voyagers.

Honestly, we don’t care about the truth behind Viking Culture, we only care about how they create a fun and interesting slot theme that sparks the imagination, and our wallets.

So here’s the best Viking slot themes that you’ll find at mobile and online casinos.

Theme 1: Thor, Odin and Loki, and The popularity of Norse God slot

The first is the mystical, magical and mythological video slot that feature the main cast of a couple of Marvel movies you might have heard about.

But you’ve got to give it to the casino game studios: games like Thunderstruck by Microgaming and Hall of Gods by NetEnt were around before superheroes made it cool to love a man holding a hammer.

But you can’t deny that the comic book movies have helped made the names familiar to most, and opened up the world of Norse mythology to slot themes.

Thor and his trusted hammer Mjolnir is probably the most famous of all the Vikings gods, followed closed by his father Odin and brother Loki. They will show up in 70% of the Viking casino games we talk about here.

Is it any wonder that we’d follow these Norse men and women to Ragnarok itself if it means finding the nectar, and treasure, of the gods?

Once you enter the hall of the gods, you’ll start to see strange names that might make you wonder if you are playing a slot in the old Norse language itself.

You wouldn’t be far wrong. Every story has it’s villains, whether that’s the giant wolf Fenrir, the world eating serpent Jormungandr, or the goddess of death herself; Hel.

But generally, most phone slots tend to keep things light and breezy, especially when you are in the realm of the Viking deities.

After all, the idea is to put the concept of golden cities and riches beyond your wildest dreams into your head, not end of the world tragedy.

As such, much of the themes will centre around entering Asgard, the official home of the gods. Valhalla, on the other hand, is the hall of Odin, where only the bravest soldiers are rewarded entry.

But to our mind, some of the more interesting Asgard slot games tend to centre around the wider world of Vikings.

Whether that’s the end of days in Ragnarok, or the 9 realms held together by the tree of life Yggdrasil, you suddenly open up a whole world full of ice giants, dwarves, and (even) a giant squirrel.

Because you know what? It’s fun when you enter a fantasy world that is totally unexpected and where anything can happen.

And if that anything happens to give us a jackpot that pays millions, then all the better. After all, we all want to be conquering heroes bringing back a horde of gold, right?

Theme 2: The Viking explorers and pirates of the ocean

The first theme is all about the mythos around the Viking Norse gods and goddess that brought them luck in their day to day.

The second theme is a little more grounded in one of the most basic facts that we know for sure about this Scandinavia civilisation.

They were seafarers who made their marks across central and northern Europe but were found to have travelled as wide as the cities of Constantinople and Baghdad, all the way to the coast of an untamed North America.

They were explorers, but really, they were pirates and traders; moving from coast to coast, finding new slaves, conquering countries and pillaging resources.

But that doesn’t make their bravery or what they accomplished any less impressive.

In fact, it’s part of the appeal of Viking slot machines; we all love a noble rogue who will brave the unknown for hope and glory.

Isn’t that what we do on casino games all the time? Maybe not conquer wild oceans and risk our lives, but it takes a little bravery to risk your coins in a machine and hopes the odds work in your favour.

Lady Sif, Freja, Valkyries and the Shield Maiden of our dreams

Did you know that for a medieval culture, the Vikings were the most progressive when it came to women right, with many able to own land or even fight in battles?

No? Don’t care? Neither do the casino game vendors either, they just use beautiful women in iconic armour to sell you on the idea of playing their Valkyrie slot game, or whatever beautiful rendition of the warrior princess they can conjure up.

It’s no secret that 50% of gamblers are men, and whilst (generally) Vikings Android slots are made for men, there’s something about these ravaging rogues that generally appeals more to the male sex.

So you end up with a whole load of women in breastplates, in outfits not suited for war, but looking damn glamorous anyway. Possibly a beer wench or two thrown in for good measure.

If this offends you, or you’d rather find something more suited to your taste, check out the oriental slot themes with games like Sakura Fortune which has a badass (tastefully dressed) lady warrior.

Not all themes are meant to suit all tastes, is what we are saying.

That said, you’ll be surprised by some of the ladies on these Viking slot reels, so whilst you might have to go through a fair amount of bosoms, if strong leads are your thing, have a look around these horned men.

Our recommendation would be the excellent “Vikings Go” series by Yggdrasil Gaming:

If you want kickass, you won’t find any better representation of these badass men and woman from the north – theirs is certainly one hell of a slot saga to remember.